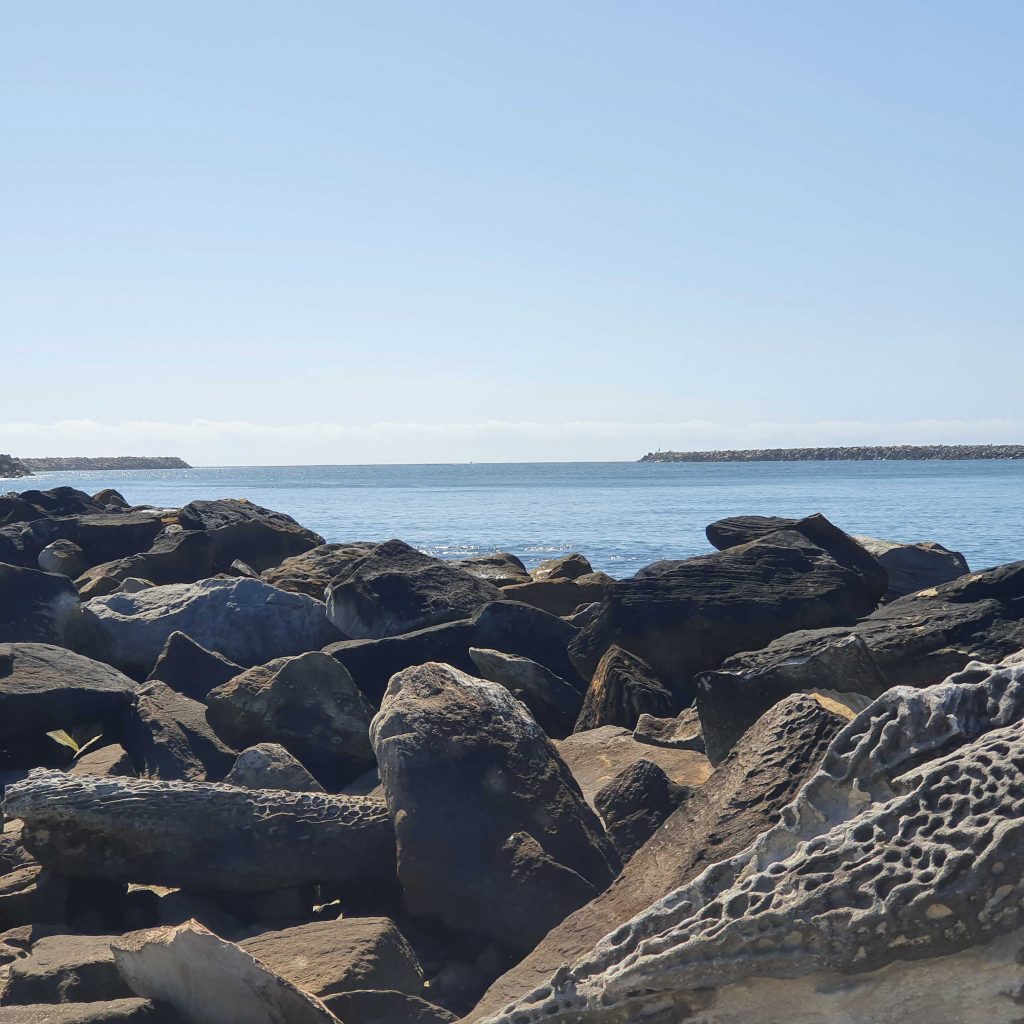 This post is about our passage from Coffs Harbour to Iluka. Iluka, an aboriginal word meaning ‘near the sea’ sits at the mouth of the Clarence River (NSW), across from the resort town of Yamba.

After just over 3 months at Coffs Harbour, and with news of the Queensland border opening to ‘non-hotspot’ areas of New South Wales, we decided to make our way north to Iluka. We had an amazing time at Coffs and saw so much – check out my blog Life in the slow lane – but we were keen to move on.

Given that the Iluka/Yamba bar would be only the second bar crossing we’ve done, and with a reputation that it can be dangerous, I got advice from various experienced sailors. About half said to go around to the north and follow the leads, and the other half said just cut in close and slip around the south wall. I also checked with Marine Rescue, who said if you’re inexperienced, go north and follow the leads, and that’s I we decided to do, although I had planned the alternative route via the south wall, just in case!  We had an early start, leaving at 4am, to ensure we would come into the Clarence River close to high tide. This is generally considered the safest time to cross a bar.

This map shows the route we took and the waypoints I’d entered into our Garmin. I’ve realised that if we’re heading in a fairly straight line, just to plan waypoints about every 8 nautical miles, which means we take about an hour to motor from one to the next. I probably could have omitted a few, but for now I’ll go with “more is better”!

We logged in with Marine Rescue Coffs Harbour and they took our details – number of passengers, boat registration, destination and ETA. They also transferred us to Marine Rescue Iluka/Yamba. We contacted them about a half hour before we reached the bar just for an update on the conditions. They advised they were good, no breaking waves and minimal swell.

To be honest, the last time I’d seen the bar, which was when we hired a car shortly after we arrived at Coffs, it was dangerous and since that time I’d become quite concerned. It turned out I shouldn’t have worried so much because the conditions we had were fantastic. 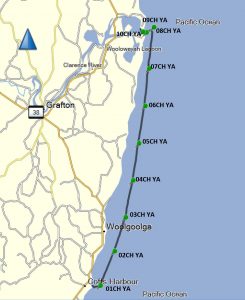 We left at 4am, and this was our first-time motoring in the dark (for about an hour)! What did I learn?

Well, it’s easy to get confused in the dark. I thought I was taking a route out of Coffs Harbour (using channel markers/lights). Luckily, Robert was scanning using our spotlight and we realised we were heading towards the southern break wall! I was confused – maybe it was the early start. In hindsight, I should have started my route on Garmin from inside Coffs Harbour, instead of when we got outside.

Once outside the harbour, I was dwelling on what had just happened, instead of looking at the Garmin. I then realised we were heading south! Robert reminded me that when flying at night (something he’s experienced with) you must trust your instruments. I should have done that.

Also being dark, we couldn’t see the waves/swell and were bouncing around a bit. Not being able to focus on the horizon we both felt feel seasick, and this feeling stayed with us for a few hours. It affected Robert more as he also had to go into the engine room to do the checks. It could also have been because we haven’t travelled for some time.

Photos during our passage

We arrived at Iluka a little ahead of my estimate, and that’s because I wasn’t sure if the northerly winds we were motoring into would slow us, so I allowed more time. As it turned out, they seemed to have no impact on our speed.

Iluka Bay is protected from the swell by the rock wall, but it was windy during the afternoon.

Photos taken on our first day at Iluka Bay

This is a screenshot from my passage planning spreadsheet.