Fat bottomed girls you make the rockin’ world go ’round 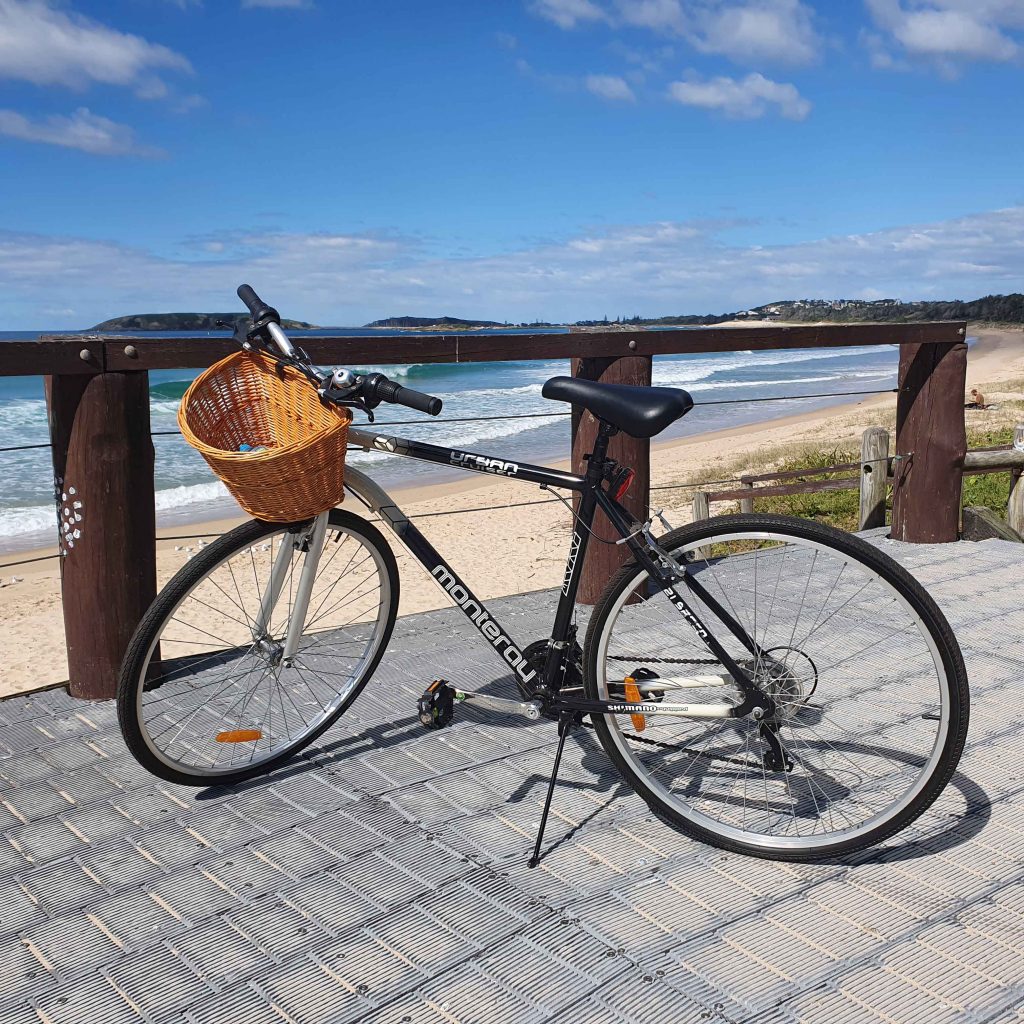 I have a rather amusing story about Queen’s song, Fat Bottomed Girls!

Quite some years ago when my son was about 6 or 7 and he had one of his friends in the car, this song came on the radio. We listened for a while and then my son commented “My mum’s a fat bottomed girl.” Without pause his friend responded “Your mum’s not a girl.” I found their comments absolutely hilarious. While they both managed to make ”offensive” comments, who would take offence at these two innocents? This was their honesty shining through. To this day, if I hear the song I remember their comments and have a good chuckle!

But perhaps I should explain the bike in the picture…

Shortly after we arrived in Coffs Harbour, the border to Queensland closed again. There’s been no word about when it’ll reopen, only speculation. So we decided to stay here for 3 months. Then we’ll head to Yamba and explore the Clarence River.

Coffs Harbour marina is beautiful with many facilities within an easy walk. However, the town also has some great cycle ways. So I decided to look for a second-hand bike. The reason for this was that I didn’t want to buy something new and feel bad because it’ll be sitting outside exposed to the elements and potentially start to rust. Plus, I didn’t want to spend a lot of money and then lose interest in cycling – has been known to happen! I called a pawnbrokers and that’s where I got this one from. He even threw in the helmet. And the basket came from Kmart.

I might add, if you’ve never checked out a pawnbrokers, they stock some interesting items and you can pick up a bargain. Previously, when we lived in Canberra I bought a couple of bikes from Cash Converters. So now I can explore further afield and also get some exercise!

Thought I’d take a ride to my mates place at Park Beach. Here’s a few pics.

I found this mostly off-road track but was enjoying the ride so much I only took a few photos. By the time I got there and back, I covered about 11km, so I can have an ice-cream later!!